So like I said, I’m launching this blog mainly to keep track of the revision of a WIP, but first, a little background, some of which is hard for me to admit.

I started this WIP eight years ago. Eight years. Eight looooooong years. It took me three years to finish it. That is, to get it to the point where I felt it was ready to go out to editors. In my own defense, it was at that point over 125,000 words long, a historical fantasy that required tons of research. But anyway, it was “done” and out it went. 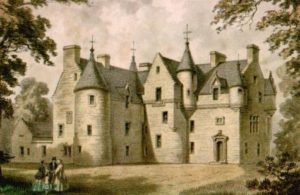 And back it came. Over and over. It came frustratingly close to publication a couple of times. It went to committee twice and twice was turned down. It got those maddening “positive” rejections like “I love this but historical fiction doesn’t sell,” or “I love this but it’s too long. Can you cut 200 pages?” That sort of thing.

It also drew criticism I have to admit I wasn’t ready to hear–or that didn’t make sense to me at the time. We’ll get to that later. Discouraged, I withdrew the ms from submission and reluctantly, parted ways with my agent, and then…

Oh, it wasn’t formal. I didn’t make a public grand farewell to my art. I just stopped writing. I stopped thinking about writing. I felt like the writing part of my brain had simply shut down. And after a few years, it seemed to be a permanent state.

For awhile, I tried to write, but I couldn’t move forward on anything new. That was the frustrating part. It wasn’t that I consciously couldn’t let go of this book. After all, this book started as a bit of fluffy fun. It wasn’t important. It didn’t matter that it wasn’t published, so there should be no problem letting it go and moving on, right? Wrong. Everything I started just petered out in a sad fizzle of lack of confidence. It’s all clear NOW what the problem was, but at the time, I couldn’t figure it out and I was frustrated.

So I stopped. I got a job, the kind that pays you money regularly for the work you do. I got my kids through school. I cringed when people asked me when my next book was coming out. For years, I didn’t write. I tried. I made plans. I brainstormed with writer friends. I worked with a life coach. But I didn’t write.

Then something changed. In all that time, something subconscious was going on. It’s a long story involving discovering the freedom of fanfiction that I won’t go into here, but it basically came down to what I say to other writer friends who are discouraged and want to quit. “The doors are never locked behind you.” That is, the gates to your writing brain are always open but also always taking things in, and eventually, I rediscovered the creative joy I had lost, and after a time, I was ready to take that joy back into my own original work.

But I still STILL could not get past this sad, abandoned ms. It was just there, in my head, refusing to budge. Okay, I thought, well, I’ll take this new energy and give it one last try. You hear that, ms? You get one more shot out of me and then we’re done. DONE, I tell you. I will move on if I can’t figure you out this time.

Now there were several friends at this retreat who had read this ms in various stages over the years and were kind enough to overlook how whiny I’d been and talk to me about it. And this is another long story I won’t get into, but it was one of those weird, serendipitous things where one friend would tell me one thing and then another friend would say something else that just dovetailed right into it and things began to fall into place, like the tumblers in a lock when you finally get the combination just right. I swear I could hear them falling–click, click, click.

There were several revelations that week, but the biggest and most critical one was this:

Talking it through with the help of my friends, I figured out the heart of the book, the point of it, what it wanted to say. All during those eight years, I had lightly dismissed my own book as not having a point, as just being “for fun.” But the thing is, the heart had always been there. I had just been ignoring it. (A lot of this revision going forward will be about clearing away a lot of clutter that had been obscuring that heart.) My book now felt important. Not in an “I will save the world with this book, it is so important!” way, but in a “This deserves all of my care” way.

And underneath that was the reason why I had both not been able to abandon the book but also had not been able to work on it. I couldn’t abandon it because on an unacknowledged level, I knew it was important. I couldn’t work on it because consciously thinking it was unimportant made working on it feel like a bad career move. And so I was stuck between these two opposing forces in my own head. Stalemate.

Understanding what the book had wanted to be all along removed both. Click, click, click. All the tumblers fell into place. It is the most amazing feeling I’ve had in writing. Sure, the fact that it took years to get here is pretty appalling, but on the other hand, the way things came together, I believe that I just wasn’t ready for what the book was trying to tell me. There is a time for things, and the time for this book is now.

That said, now there’s a pretty substantial revision ahead of me. But the vision is more clear than in any revision I’ve attempted so far. So I thought it would be interesting–even if only to me–to chronicle what I’m doing, to see how it goes, what works and what doesn’t. I will tag all of these entries with “revision diary.” Off we go.